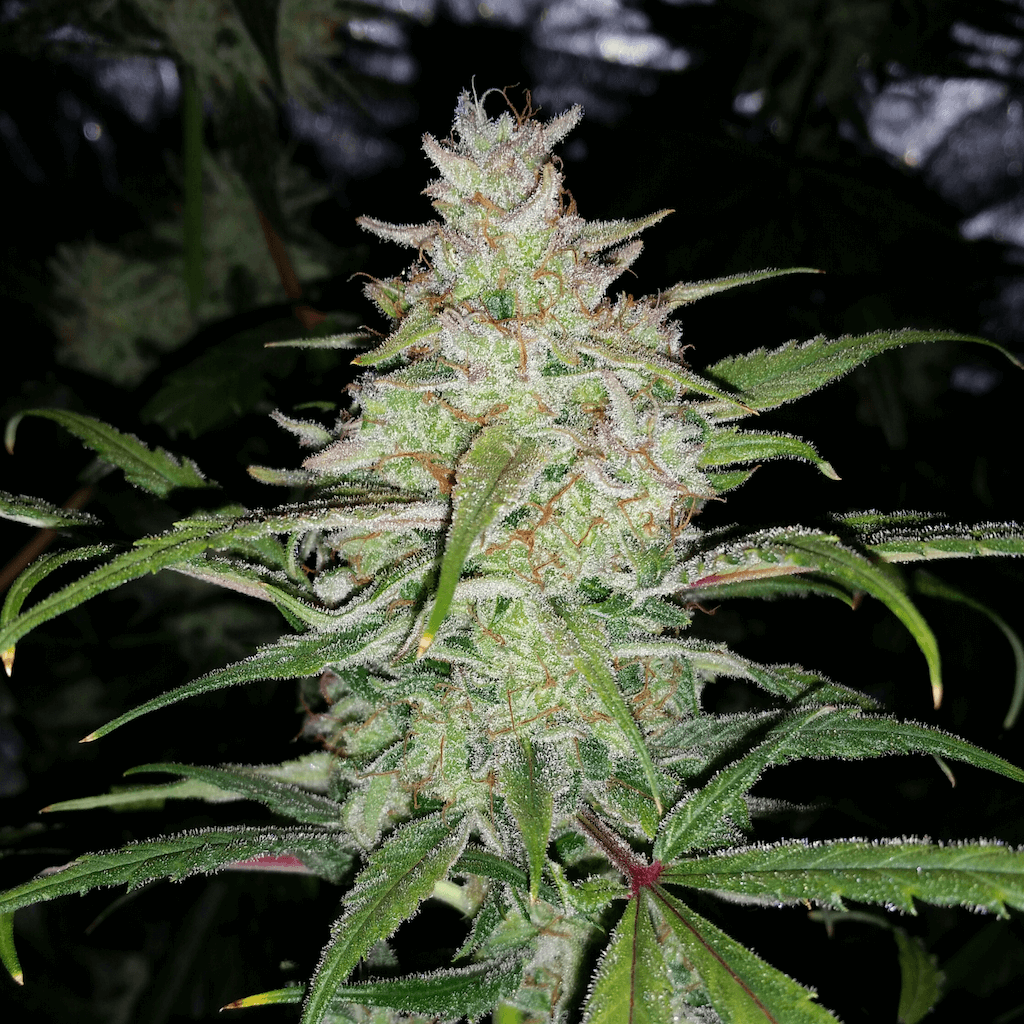 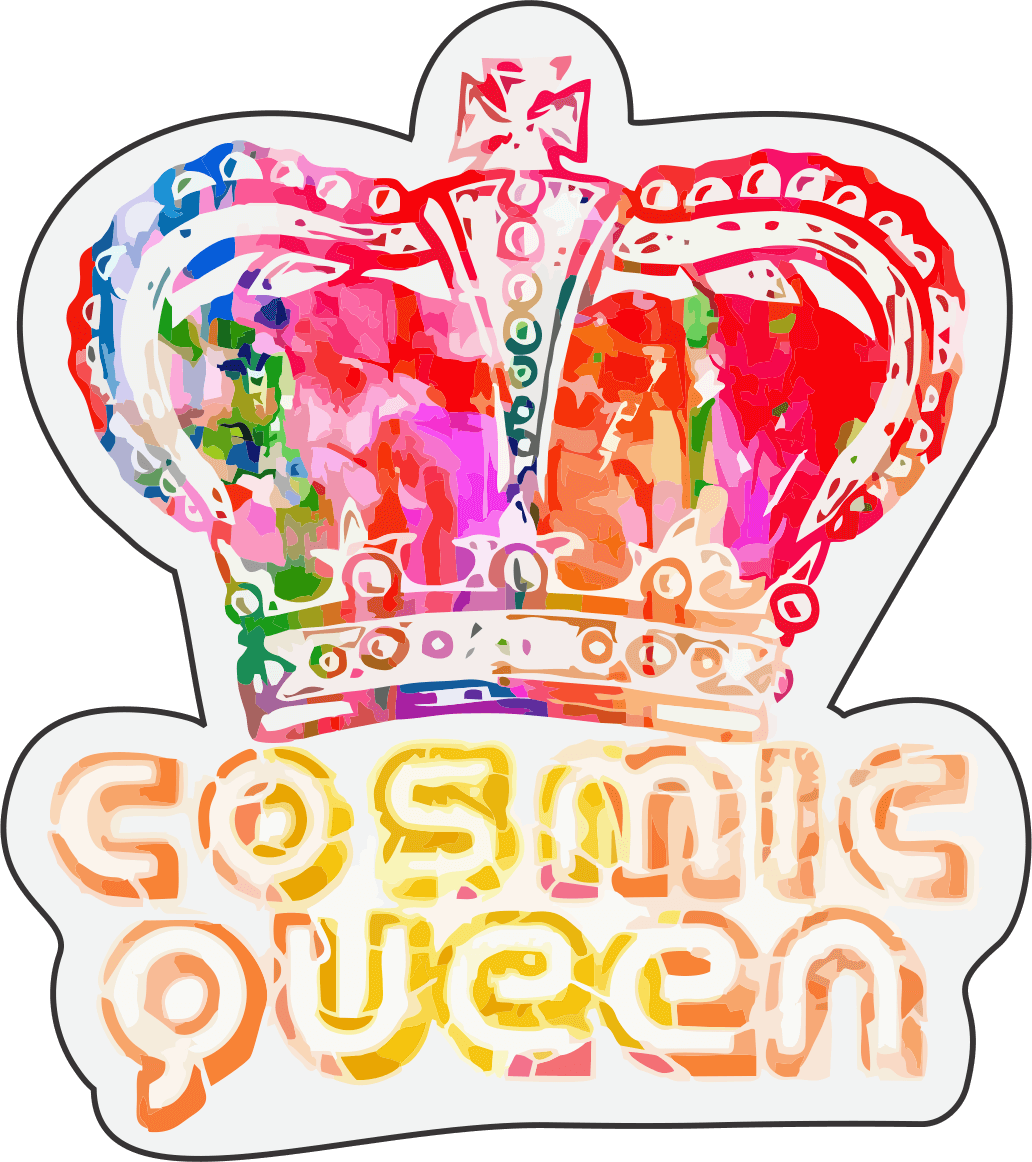 The genesis for Cosmic Queen came in 2012, after my first experience with TGA Subcool’s “Space Dawg” thanks to a kind friend we’ll call Phil. He was more of a friend to my older brother, but we were all working for the same company, just in different states, and we all shared a passion for potent cannabis. Anytime we crossed paths joints were passed and stories were shared. On one such occasion he started telling me about Space Dawg, a cut he had received from the original TGA release some years prior, and mentioned a few terms that piqued my interest; ceiling-less high and green out. He packed a bowl and we were off to the races! She hit right behind the eyes, causing my visual focus to sharpen, then waves of energy and euphoria, a sense of mental acuity that made you want to socialize but was encumbered by the lazy tongue effect, then ending with a severe case of the giggles and munchies. It’s not often that I tap out of a smoke session, but she had me down for the count. I knew after those first tokes that I wanted to breed her into my preferred flowering format, autoflower. For the next 3 years every time I saw Phil I would drop subtle (and not so subtle) hints that I would love to breed with her, but he was just not down with autos at the time, and rightfully so. He had never experienced the Mephisto difference! I took it upon myself to find that same pheno, purchasing four packs of Space Dawg and doing quick runs looking for her. I found some killer phenos in those beans, but not “the” pheno. In the meantime the cut was gifted to my brother, another photoperiod purist, and in turn the flower often made it’s way to me. There were days when he was out of town for an extended period so I would be tasked with caring for her. This gave me the opportunity to get intimately acquainted with her, leading to even greater adoration of the Phil cut. Her branchy and bush like structure, early trichome production, and sweet terps all drew me in, but most importantly was the high. If I was a man of lower moral character I could have easily taken a cut without permission, but that isn’t the way we operate. I had full faith that in due time Phil would come around to the idea of allowing me a shot to breed with her. Fast forward to 2015 when I had to opportunity to present Phil with some of our Ripley’s OG, Toof Decay, Walter White, Fantasmo Express, Triangle, and Sour Orange Diesel Kush. I’m not sure if it was one particular strain that put him over the top, or if it was the total package, but when he finished smoking them his mind was changed on autoflowers forever. After a few discussions about the Mephisto breeding program and the effort we put forth to ensure quality and proper representation of the parental photoperiod genetics, he decided to bless me with a cut. Since I had previously taken care of her I had already known what she was all about, and it was go time! She vegged for a month and then hit the flip, getting pollinated by our Chemdogging and our Sour Bubbly on my first and only personal run with her. I knew she was good, but wanted to make sure the boys on the team were all on the same page, so I sent both the Space Dawg x Sour Bubbly and Space Dawg x Chemdogging F1 beans across the pond to the one and only Mitch Connor for his stamp of approval. Here are a few words about those F1’s from the legend himself: 'It's always hard to tell the mysteries of what lies in side an innocent looking baggy of beans but I always trust GBD's work and judgement. MAN ALIVE! Sometimes it's easy to get caught up in what surrounds you or the projects you have your head in but the Spacedawg auto crosses were really a breath of fresh air. The smoke took me back to my first sativa experience in Amsterdam tickling hitting all the pleasure zones. No anxiety, just all the good stuff. This cross actually acted as an inspiration to get a whole load of new sativa projects rolling, so extra thanks to GBD.' Upon receiving the Mitch stamp of approval I knew the project was everything that I had anticipated it to be, and the F2’s were set to germ immediately. The phenotypic variety was strong in the F2’s, and out of 47 plants only one auto female had all the Space Dawg traits that I had fallen in love with years earlier, but with a seemingly additional layer of frost! She was pollinated by an auto male from that lot with the same branchy structure and candy stem terps that I had known from the cut. At F3 she was extremely uniform, thanks to the attention to detail during the male and female matchmaking of previous generations, putting out three phenos. Two phenos shared the same early onset trich coverage and terp profile and varied only in the density of flower formation, the third had a notably different structure, obviously more Chemdogging dominant with terps that weren’t familiar to either parental strain. The plants of that third phenotype were all removed from the breeding program to help isolate only the traits that represented the original clone.

Cosmic Queen is a medium to larger statured auto that’s an absolute joy to grow. She has a bushy structure, providing lots of side branches for floral clusters to do their thing, which also makes her an ideal candidate for training. With some light leaf tucking her satellite colas can grow damn near as big as her main. While her branches are stout, they do tend to spread out as flower mass increases, so some light support is advisable under certain conditions. She has a typical to slightly increased node spacing. Nothing outrageous, but at the same time a nice nod to the sativa side of her. She has thin leaves that start to accumulate frost early and heavy, providing excellent source material for extraction. Even her stems trich over!

If you're anything like us you'll love your slaps! For those who really love them grab our 2018 graphic strain stickers. The stickers were designed by the community, so we have to extend our thanks again for doing such an excellent job! This product is a single Cosmic Queen strain sticker. 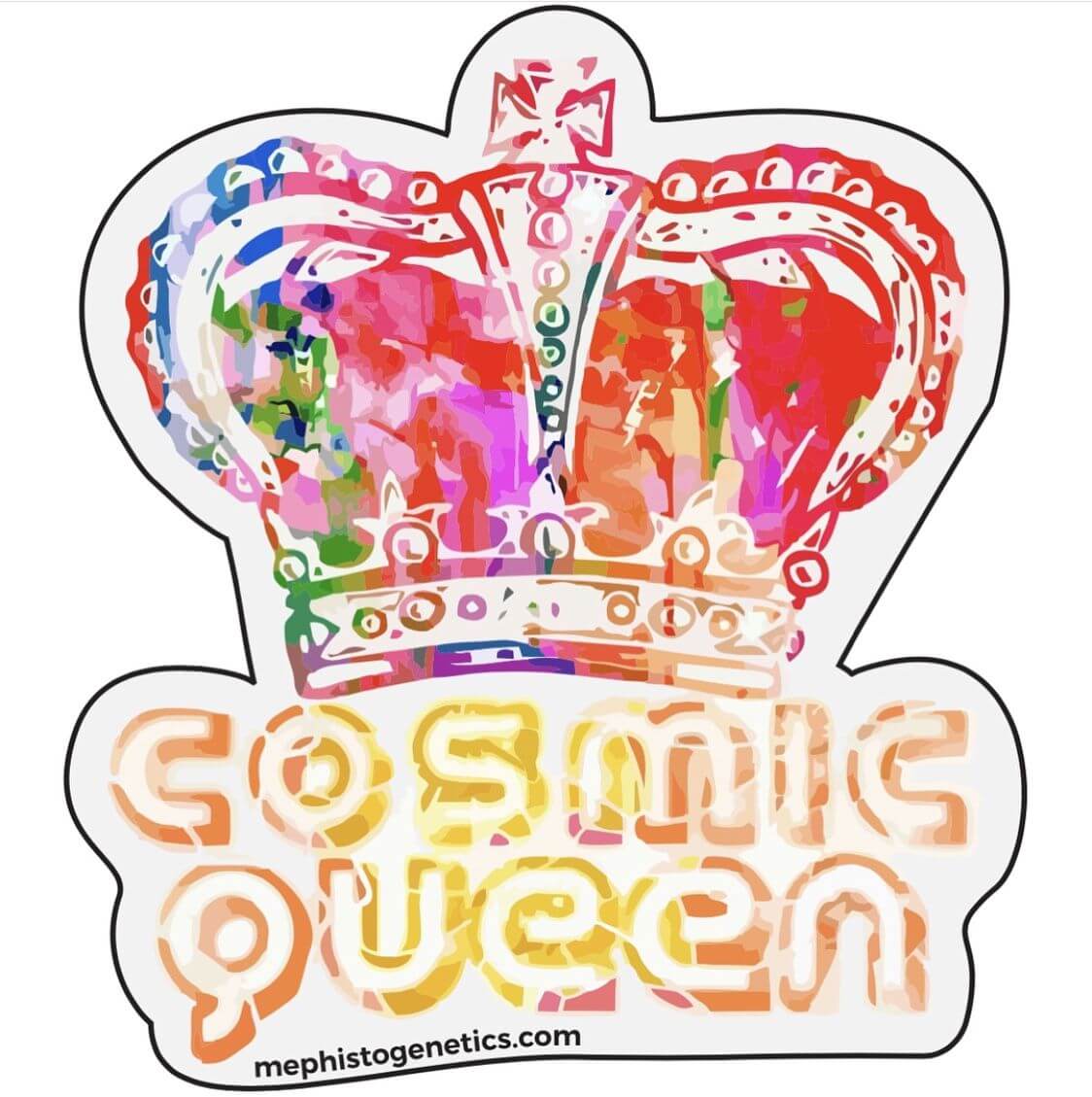 If you're anything like us you'll love your slaps! For those who really love them grab our 2018 graphic strain stickers. The stickers were designed by the community, so we have to extend our thanks again for doing such an excellent job! This product is a single Cosmic Queen strain sticker. 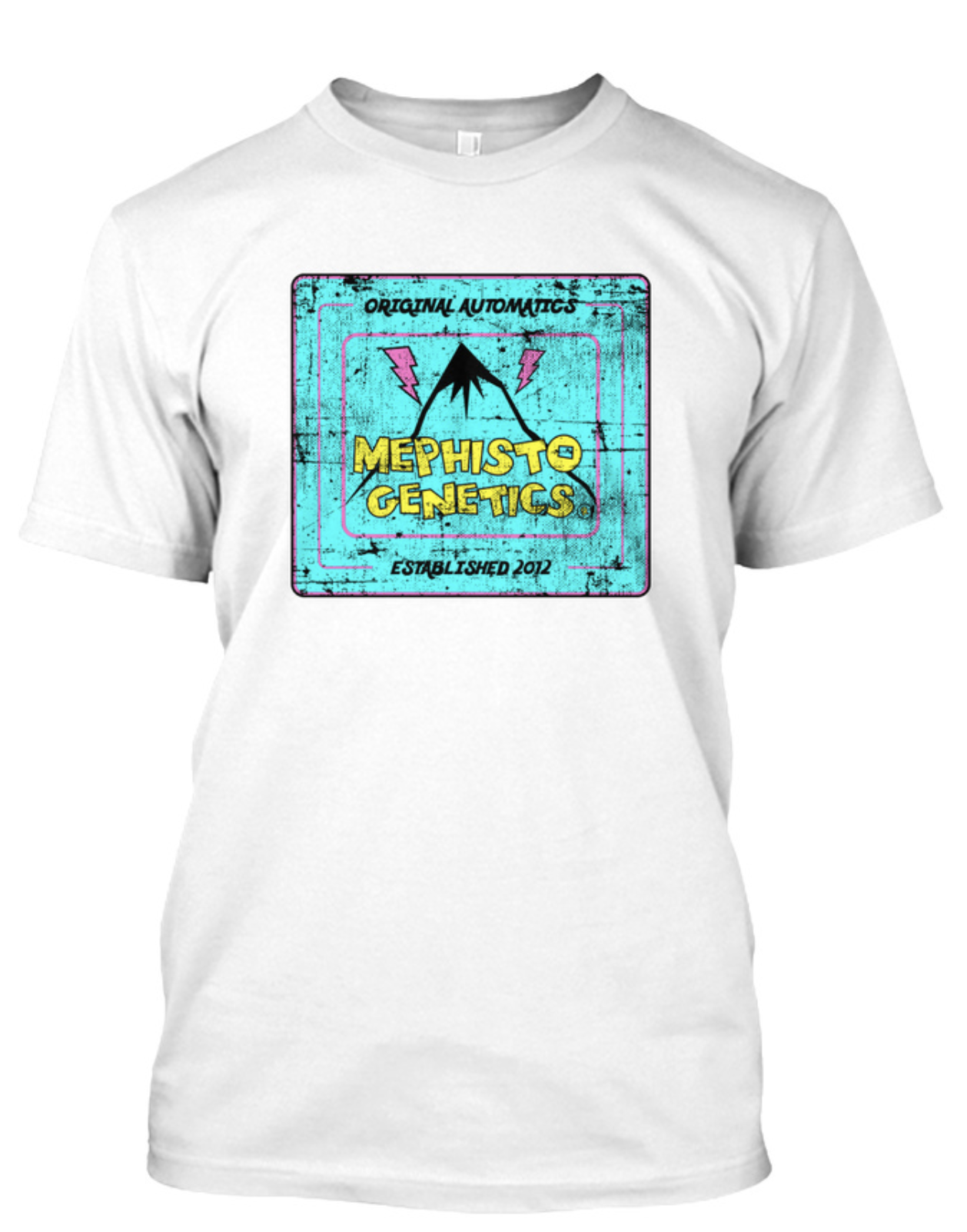 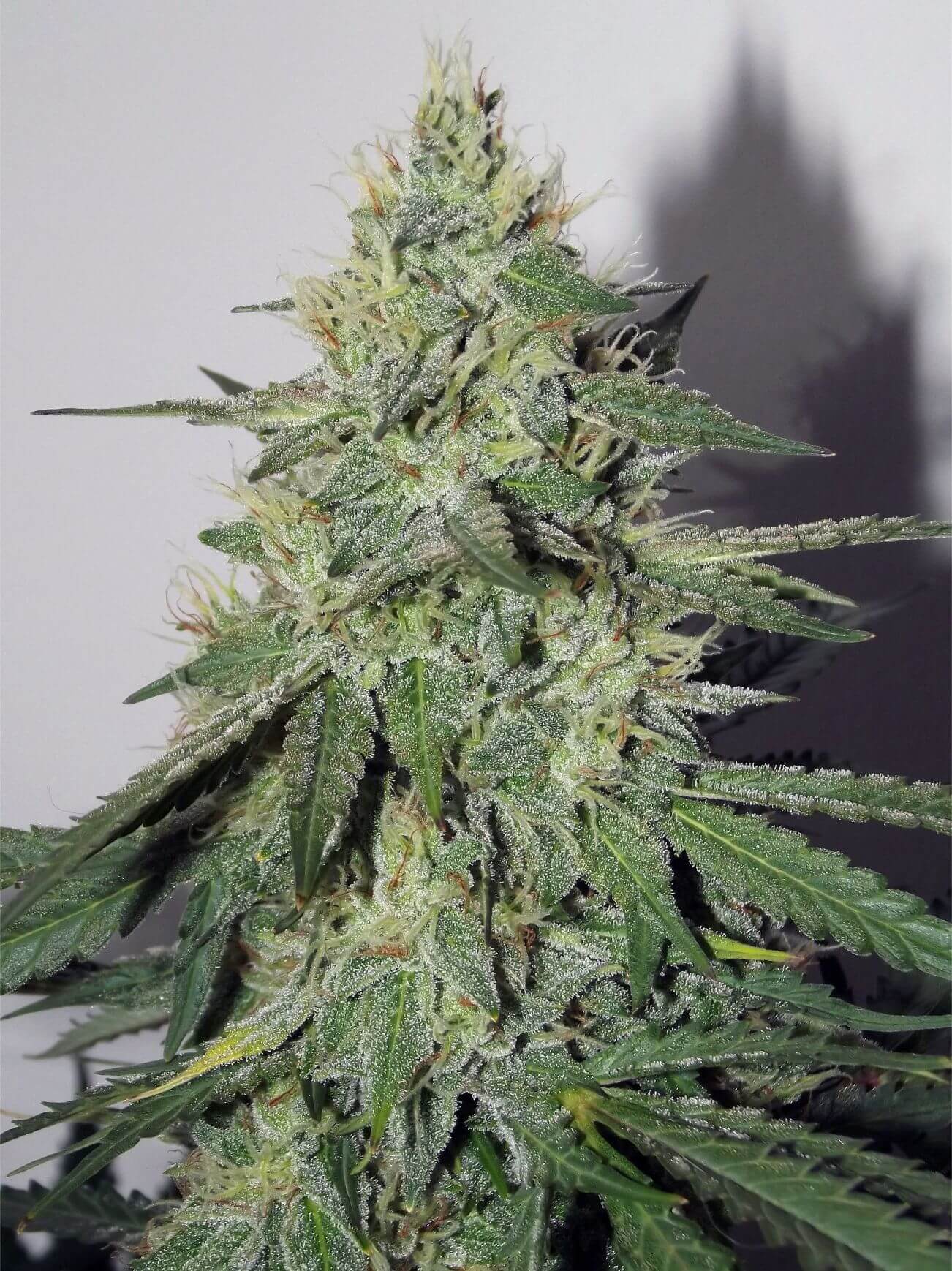 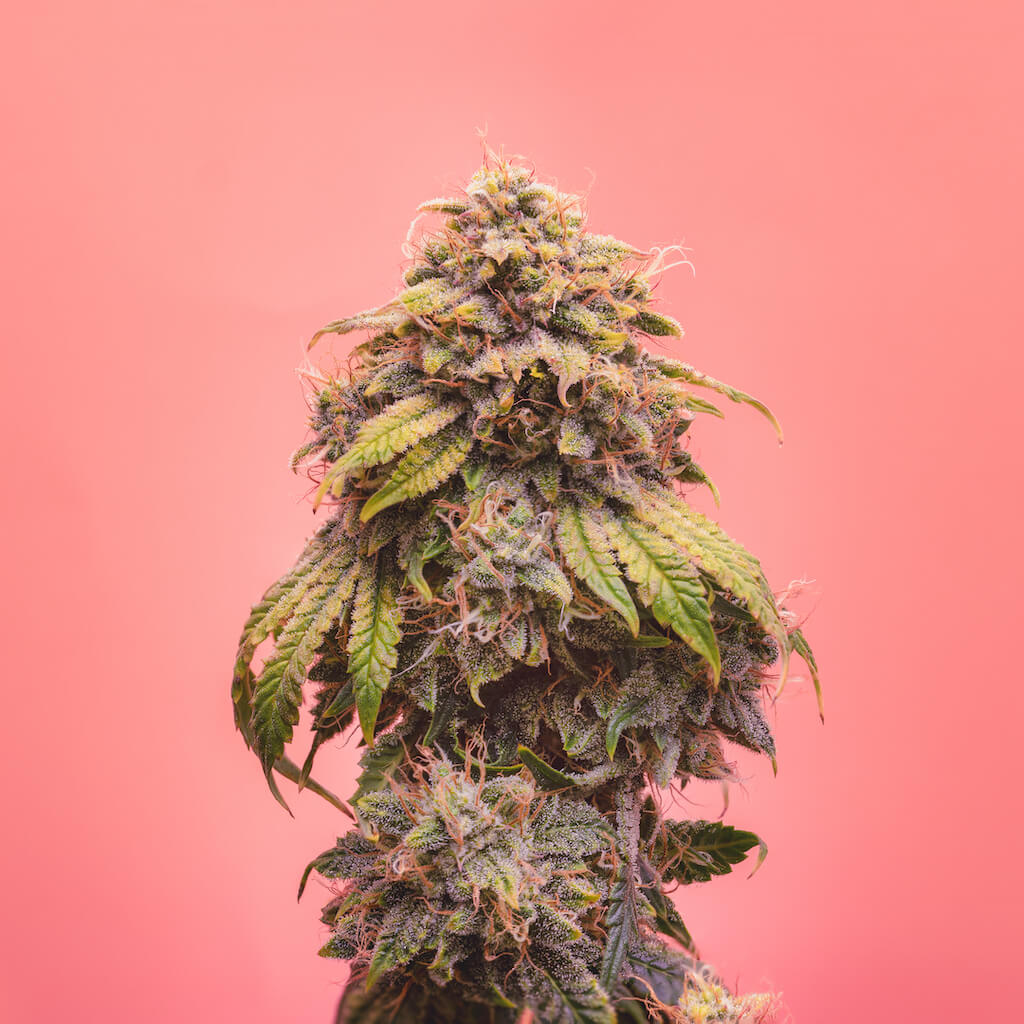